This is for the archive, the front page of the former site
http://this.is/TheWall
active between 2003 and 2012 when the wall was built.

When Israel built it we were there documenting. The site contained documentation of the wall, interviews with activists and facts.

The site visualized with photos and maps how present the wall was for the citizens on the palestinian occupied areas and how Israel had made non-go areas for civilians on the Israeli side – fenced it off. 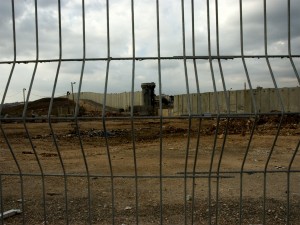