The replica of the world’s smallest bible is made by bookbinder and rastaman Jabulani Dube from Kimberley, South Africa. . (150X80 C-print, analog panorama-negative)

The piece is comprised of:
– A replica of the World´s Smallest Bible.
– A photo of the original in Stensele Church, Sweden
– An edited video (4: 33 mins) of the action, the 8th of May 2000. The bible is dropped from a light aircraft into The Big Hole in Kimberley, Cape Province, South Africa. (Click here to see the film)
– A photograph (150X80) of bookbinder Jabulani Dube with the bible in his hand

In April, 2000 when I first visited South Africa I met Jabulani Dube. He worked at a bookbindery. I asked him what it means to be a rasta and we ended up having a long discussion about religion. He also told me he grew up in Kimberley, a society founded on De Beers diamond trading (Boers) and that The Big Hole is the biggest man-made hole in the world and that it was digged by black people. I replied saying that the smallest bible in the world is in Stensele church in Sweden, I asked him if he could make a copy of this man-made book. After a long conversation we agreed that this copy of The smallest bible in the world should be unwritten because life is all about ”writing it every day in one’s actions”. He and his little daughter followed me to Kimberley. We went in a light aircraft and dropped the bible in the hole. 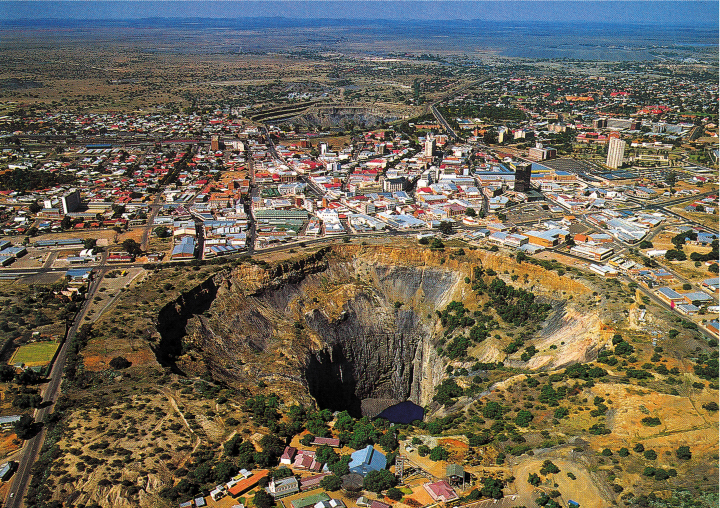 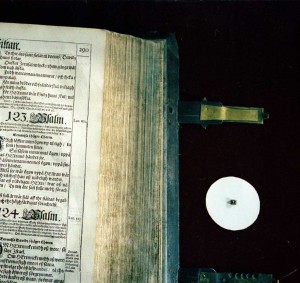 The smallest bible in the world (to the right), at Stensele church, Luleå, Sweden. (An ordinary bible to the left) 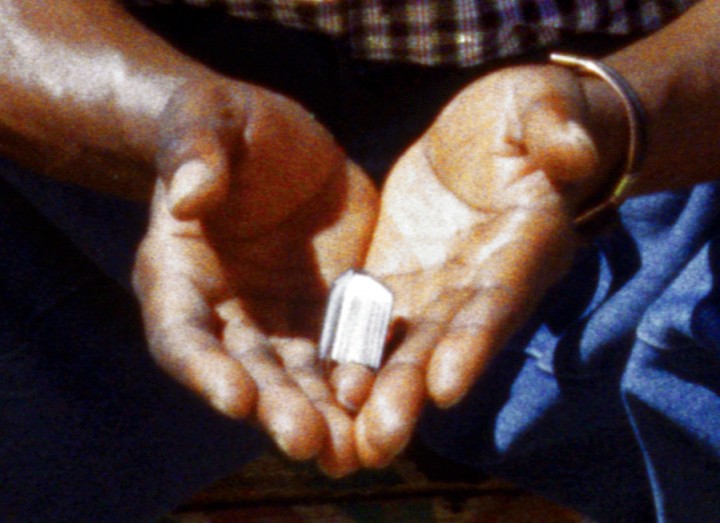 Published first in B A N G Magazine (S), Septemper 2000. Then in Filter magazine among others.

This piece has been shown at:
Market Theatre Gallery, Johannesburg in May 2000
BildMuseet, Umeå, Sweden, 2001
Gothenburg Filmfestival 2011 among other filmscreenings. See CV
Financing through the SIDA project Cultures in Dialogue, initiated and organized by Bild Museet, Umea, Sweden. I worked as a Guest Professor at Umea Academy of Fine Arts and in this project I was invited as a lecturer at the Fine Arts Department at Witwatersrand University, Johannesburg, South Africa, for two months (17 April through 1 June).

This piece was also supported by The Swedish Institute