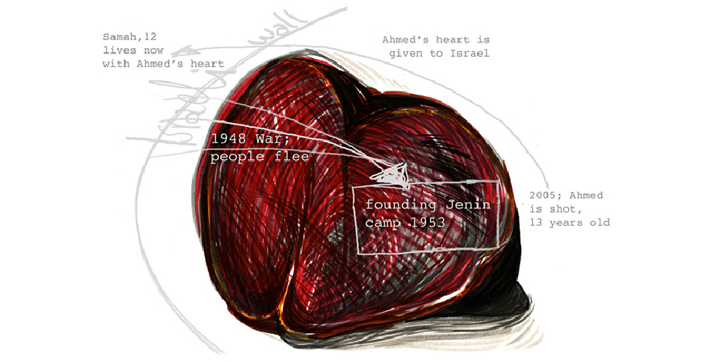 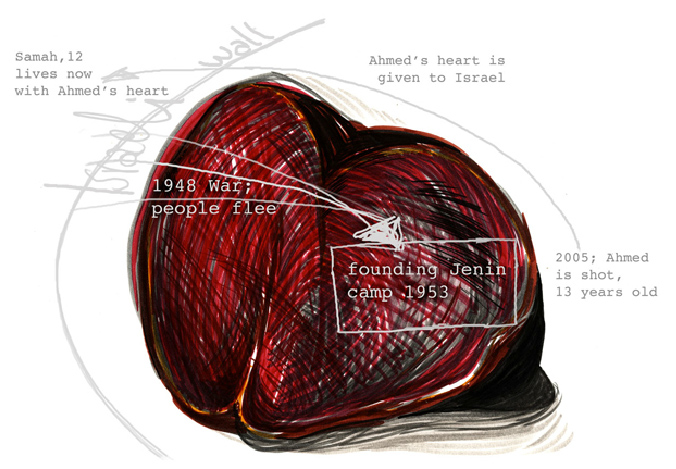 This is the story of Ahmed’s heart. Ahmed was a Palestinian boy who lived in Jenin in the West Bank. In November, 2005, the 12-year old Ahmed was shot by an Israeli sniper. He was in a coma when he was taken to the hospital in Haifa, Israel, where he died later. Ahmed’s parents decided to donate their son’s heart to Israel. Ahmed’s mother says that the donation was made in the spirit of ‘Salam’ (peace) with Israel “We are sending a message to the whole world that we love peace. We donated six of Ahmed’s organs to the hospital. It’s in the possession of the hospital to donate, regardless of whether the receiver is Jewish, Muslim, Druze or Christian.” A 12-year old girl Samah, received Ahmed’s heart. The film is also about her living in Peq’in, Israel. She sometimes takes charge of the camera and film. She calls Ahmeds father and mother in Jenin. Samah’s father says that Ahmed’s family can regard his daughter as their own and they sometimes meet. The gift of the heart drills a hole in the wall – when it’s recieved.

The border between the two countries of the families is an eight meter high wall. The conflict is difficult and the occupation impacts life in Palestine. Jenin camp was founded in 1948 when many palestinians – like Ahmeds grandparents – fled from Haifa, now the Israeli side of the wall.
I had returned to Jenin Refugee Camp in November 2005, to see how it had been rebuilt from the demolition in 2002 (see Jenin).  I met the parents of Ahmed who had just been shot dead. To me, these two families act in a way that illuminates how conflicts can be solved, by making contact.

Photos from the exhibitions (click on images to enlarge)

The wallpaper is made of 300 photos of the demolition of the Jenin camp, 2002 (see Jenin) Jenin is – as a shadow – written left to right on one wall  and in Arabic; right to left, on the other wall. 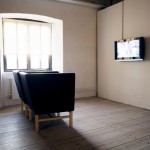 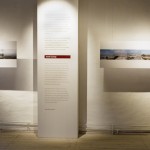 The installation consist of: -a shorter version of the film: 30mins -a wall paper: 2 X 6 meter showing 300 photos from Jenin camp, the destruction in April 2002 -a map showing borders, built wall and planned wall -a print of the heart and a drawing of the history: 50 X 70cm

About A heart from Jenin, text by Jan-Erik Lundström, head of Bildmuseet, Umeå.

Cecilia Parsberg’s artistic practice have often brought her towards the hazardous and complex but important and necessary political undertaking in speaking about the other, the marginalized or underprivileged of society (engaging both sexual, social and political displacement and suppression in her work), or the underdogs in a political conflict such as the Palestinians; generating challenging works of art, blending documentation and activism, where often the artist herself is present as witness, investigator, mediator, supporter. Over the last few years, Parsberg has maintained a particular focus on Palestine, the living conditions of Palestinians and life on the occupied West Bank and the Gaza strip, resulting in several projects such as the videos I can see the House or To Rachel, with the story of the killing of the young American activist Rachel, run over by an Israeli tank or the action East or West, Home is Best. One of Parsberg’s visits, in April 2002, coincided with the brutal Israeli army invasion of the village and refugee camp Jenin on the West Bank, during which Jenin was more or less almost completely demolished and many Palestinians killed, the numbers uncertain since Israel blocked any inpendent investigation. Parsberg was able to enter Jenin in the early aftermath of the invasion, managing one of the few documentations of its kind of the extent of the destruction of Jenin. This material became the website www.this.is/jenin, a rich archive of images and written testimonies on the fate of Jenin. The photographs on display in the present exhibition are sourced from this body of photographs, supplanting the website notion of an open source archive with offering the opportunity to re-focus and engage more specifically with individual images and their stories. It does not however change the overall sense of perverse, meaningless, and unbounded mayhem. In the exhibition space, the Jenin photographs are juxtaposed with the video A Heart from Jenin, the artist’s return to a largely rebuilt Jenin in November 2005, three years after the Israeli attack on Jenin. Rebuilt yes, but hardships in Jenin continue.

A Heart from Jenin’s key narrative is the extra ordinary story of Ahmed, a 13-year old Palestinian boy who is shot to death by Israeli soldiers, and becomes clear that the boy will not survive, decides to allow the child’s organs to be donated. The 26 minutes long video traces the actual event of the boy’s casualty through conversations/interviews with the near family, with people from the neighbourhood but also with writers, university professors – one from Israel – and intellectuals, enabling a broader picture of life on the West bank. But it is the gesture of the parents, the donation, which defines the film. For as it turns out, the boy, when pronounced dead, becomes the donor of five organs. His heart is given to a 12-year old Israeli girl from Haifa, who has for years been waiting for a heart transplant and whose life now is saved. The tragic and horrible killing of Ahmed brings out, through the parents’ act of allowing donation, a gesture of reconciliation, of appeasement. Especially that the heart is not a metaphor; the heart of Ahmed lives on in the body of the Israeli girl – as beautifully illustrated in the drawing by Cecilia Parsberg on the journeys and meanings of a heart, presented in the exhibition. Their parents are quoted as saying: “we want them [Ahmed’s parents] to consider our daughter as their daughter”. From those bestowed the most pain come the most human of gestures. 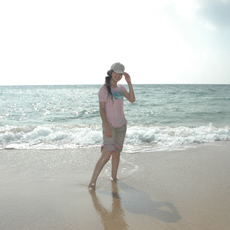 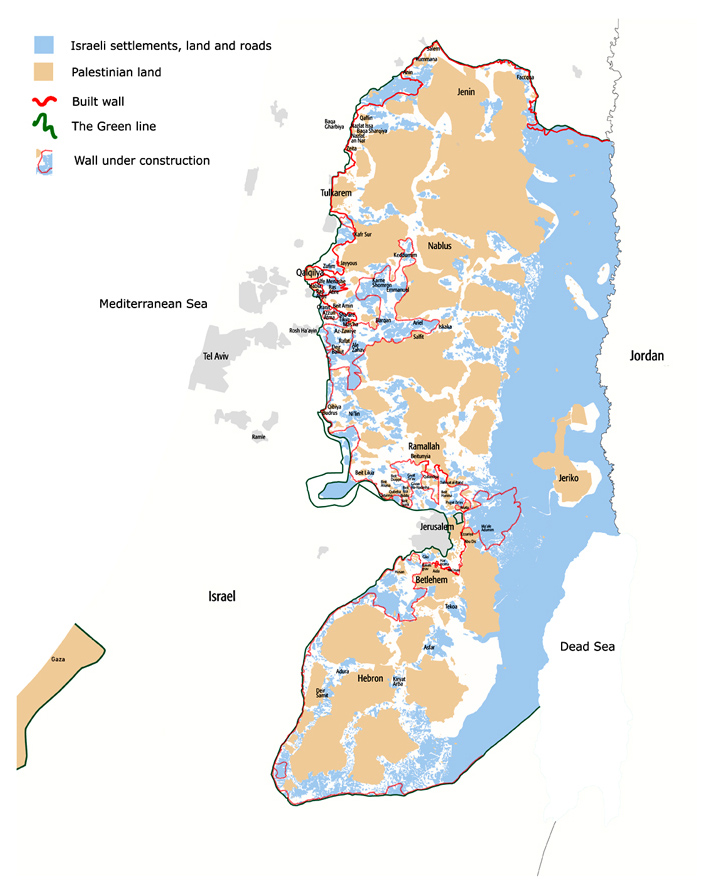 Jenin is situated in the North of the West Bank. The refugee camp, which is today a part of the city, is inhabited by 13,000 people of whom over 42% under the age of 15. The Camp was built by refugees from Haifa after the 1948 war, and is one of the most frequently targeted areas throughout the history of the Israeli occupation. A large number of suicide bombers came from there. In April 2002 the Jenin Refugee Camp was totally destroyed by the Israeli occupation forces. There is very limited documentary material about this event as Jenin was under siege, and we were only a few photographers who managed to find a way into the city. The United Nations was not let in by the Israelis until a week later. I, and my writer friend Ana Valdés, have uploaded all my photos and her texts onto the site http://this.is/Jenin Two months later Israel started the construction of the wall which stretches from North of Jenin and continues to the south encircling the West Bank. (see: http://this.is/TheWall) 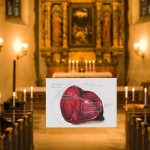 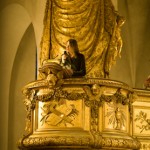 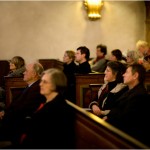 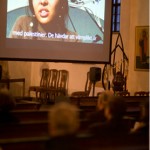